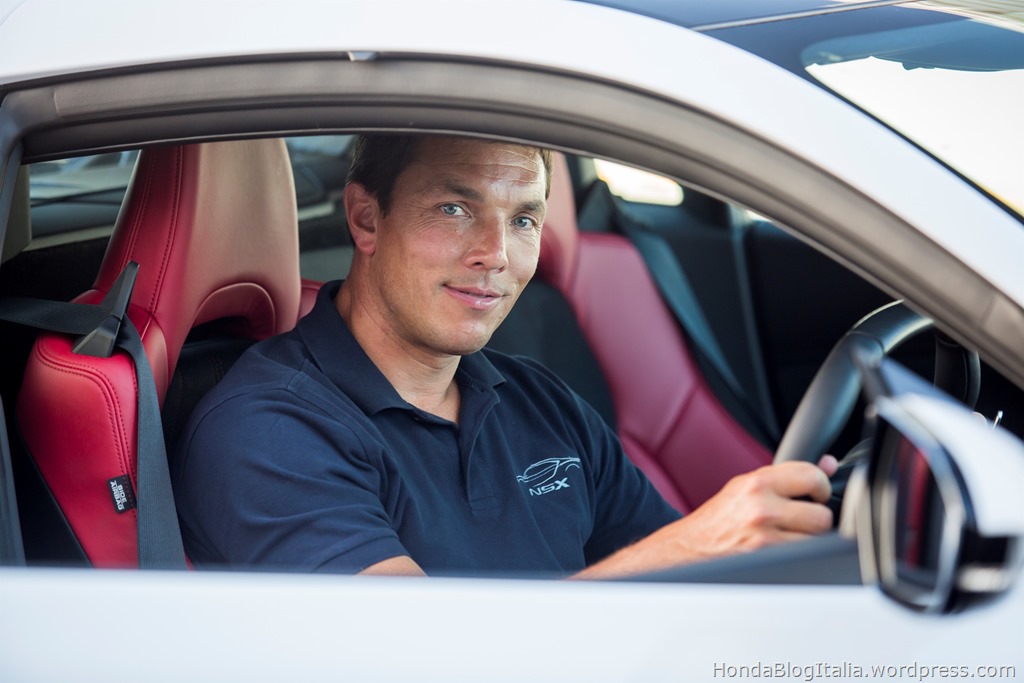 Honda engineer Jason Widmer is responsible for the overall vehicle performance development of the Honda NSX. At the European media launch of the car, he shared the importance of the ‘instant response’ philosophy employed on NSX and some of the challenges faced in the re-birth of an iconic sports car.

Since joining Honda in 1995, your roles have been vehicle performance related in a number of different vehicle segments. Can you briefly explain how your career at Honda has evolved through the different projects you have worked on?

“I joined Honda in 1995, just as research in the SUV segment started. So as a young engineer that knew how to drive off road and tow trailers, I was part of the development team for those capabilities on the first Acura MDX.

The concept for the second generation Acura MDX was to maintain off road capability and compete with more established premium marques. We started driving at the Nurburgring and did a lot of our testing on European roads. Along the way I received specialised vehicle performance related training.

Following the conclusion of MDX development, I moved over to the NSX team. This was certainly a big step, moving from an SUV to a sports car! But the driver training and experience I had gained in Europe made the transition easier.”

Your current role as Performance Development Leader contains a wide range of performance related responsibilities, which area brought the most challenges?

“There are two challenges that come to mind. The first was the design of the new NSX. We revealed the car very early on in the development and because it was so warmly received, we didn’t want to modify it significantly. We reset a number of our performance targets and decided we needed a new power unit to meet these targets.

Taking a design which was set for a normally aspirated, transverse mounted engine and then adapting it to a twin turbo charged, longitudinal engine brought new issues in the area of heat management, packaging and aerodynamics. The collaboration that was required between the design and engineering departments resulted in an even more exotic look with class leading aerodynamics.

The second challenge is related to the integration of the many advanced systems within the car. NSX has a three motor hybrid system, a brand new 9-speed dual clutch transmission and twin turbo charged V6 engine. The coordination of this advanced power unit was difficult in itself but we also linked the advanced chassis systems as well. Ensuring all components coordinate with each other seamlessly to create a very organic feeling car was of paramount importance to the concept of the vehicle.”

The new NSX features a number of technology systems aiding overall vehicle performance. What was the process for selecting and planning a particular technology to be included within the new NSX?

“Our concept was founded in our own beliefs of what would make a perfect Honda sports car. We were very mindful of the competitors and tested a lot of cars during development, from the smaller end of the category, all the way up to highly exotic supercars. The experience with the competitors was used as a reference and helped give us confidence that the new sports experience we were after would truly bring new value to the segment.

Our direction was founded in the belief that instant response from all systems is good for the driver. If you take a car with a delayed or non-linear response you have to learn to drive around these issues. For example, you turn for the corner and you know there is going to be some delay before the car actually moves. Having to think about that takes additional mental capacity. Couple that with a transmission that always delays the downshift or a throttle that always delays in giving you power. Each one of these delays in the vehicle makes you further have to concentrate as a driver and if you are concentrating on all these, you cannot concentrate on driving the car.

So with that fundamental philosophy, we looked towards technology that could take away delay and provide a direct and linear response to the driver’s request. The three electric motors were included with the aim of removing delay, in acceleration response and turn in response. Even the dampers, the steering system, these are all centred on giving a vivid response to the drivers request.

So you have this combination of technologies that have the capability to give you instantaneous response, but you have to fine tune as to how to give that response in a smooth, controlled manner that is intuitive to the driver.”

Today, many of the original NSX can be seen driving on roads across the world due to its reliability. With the proliferation of systems on the new car, how did the team ensure durability was not compromised?

“Honda’s roots are founded upon reliability. The new NSX is an extremely advanced and sophisticated car; however the durability targets are exactly the same as for any of our other passenger cars.

Honda has been making hybrid power units for a long time, longer than any other manufacturer. We understand hybrid, batteries and the durability associated with those systems. We have no concerns regarding the reliability of the system; we have simply installed it in to a new platform with higher performance.”

How did you and your team implement target setting and benchmarking the new NSX in such a fast growing and advancing segment?

“Benchmarking and target setting takes place for any Honda product, but as you mentioned, the sports car and supercar segments move fast. Often manufacturers are making changes on a yearly basis and the power and various performance aspects are changing rapidly.

Of course, you know how long development is going to take and therefore you make some estimations and calculations as to where the industry is going to be at the time of launch.

But the NSX was heavily founded in the New Sports eXperience philosophy, a more subjective, ‘whole vehicle’ feeling. That in itself was very special and made the traditional benchmarking of 0-100km/h times, braking distances and other data driven benchmarks secondary.

Honda is bringing this new experience to the table, from that view point there is no competition. We think that it gives us a very special place in the market.”